Following the toy packing art, now additional art for The Avengers 4 leaks online offering a look at the characters and new costumes.

The art further reveals a look at the white suits for Thor, Rocket Raccoon and Captain America, which reminds me of the ugly white suits Steve McNiven designed for the crappy Guardians of the Galaxy Bendis series.Ā Ā

We also get a look at Captain Marvel, Iron Man and what appears to be Pepper Potts' Rescue armor or quite possibly Nebula.

The bottom left gold character in the middle also appears to be ThanosĀ with his new double-edged sword (additional leaked art further reveals the new look of the Great Titan), and possibly two new villains at his side.

The upper left image also appears as if these figures each come with their own Infinity Stone.

Worth a note is that these are toys for Avengers 4, which may mean things in the actual movie could be different. 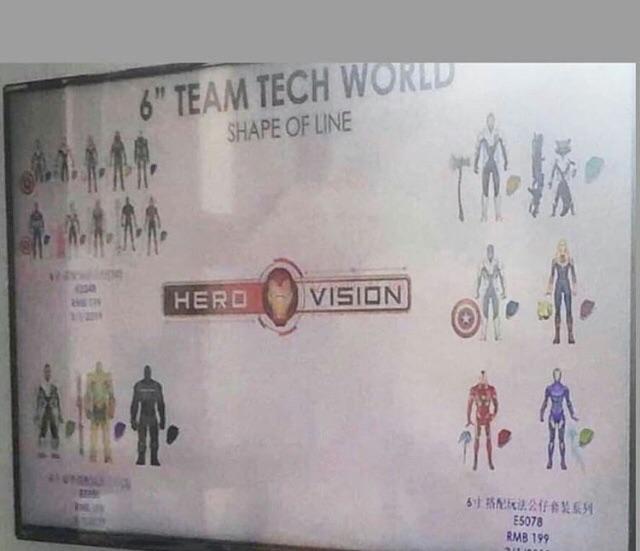 The movie is a sequel toĀ Infinity WarĀ where the Great Titan left the universe in shambles by killing off half the population including the Avengers. Now Marvel's super heroes must suit up perhaps one last time to make things right by taking down Thanos once and for all.