Chris Evans recently let it be known that he was done with The Avengers 4, Marvel and the role of Captain America as he tweeted out his good-bye.

"Officially wrapped on Avengers 4. It was an emotional day to say the least. Playing this role over the last 8 years has been an honor. To everyone in front of the camera, behind the camera, and in the audience, thank you for the memories! Eternally grateful," Chris Evans tweeted.

Now while appearing at Ace Comic-Con, the actor offers more on his controversial tweet, as some fans think it means that Captain America may die in Avengers 4.

‚ÄúI know I did tweet something that made a lot of people think that it was in some way a spoiler, and I should clarify that, regardless of how Avengers 4 ends, I would‚Äôve tweeted the exact same thing,‚Äù Chris Evans said. ‚ÄúThat last day of filming really was a very emotional day and it was the culmination of almost 10 years of filming and 22 movies ‚Äî this unbelievable tapestry ‚Äî and you feel a lot more emotions than I think even I thought I‚Äôd feel, and I felt it was appropriate to share the gratitude. I know it had a ripple effect, but I am neither confirming nor denying anything.‚Äù 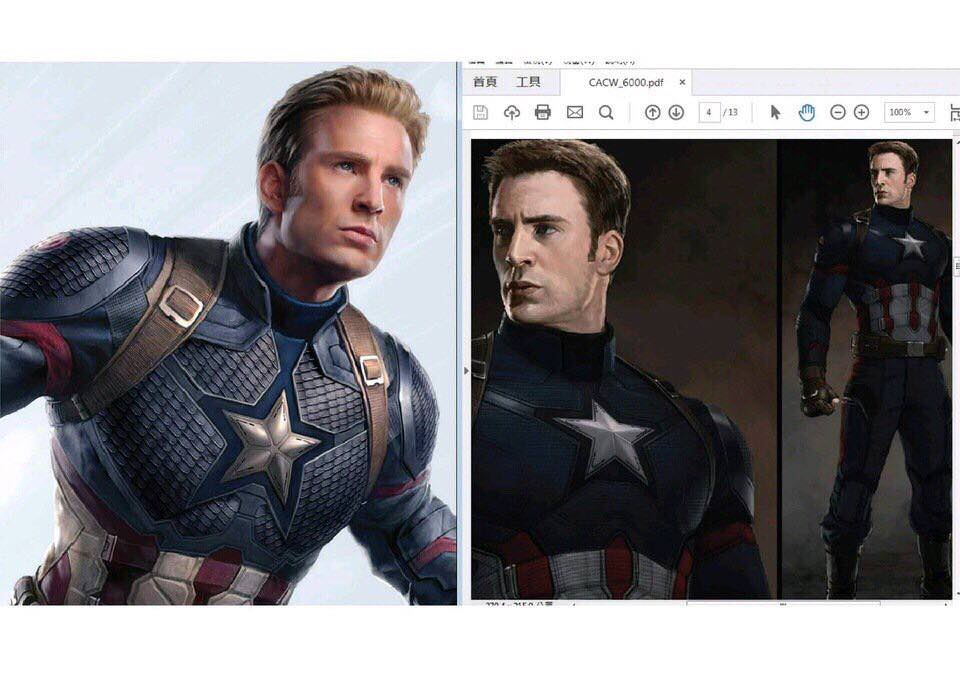 Speaking of the last day of filming, interestingly enough, Chris Evans told the audience that Captain America's last line wasn't all that meaningful.

What that means remains a mystery, and it is always possible that his "last line" may not have been Cap's final line in the movie as scenes can be filmed out of order, but Chris Evans reveals that "last line" was with Paul Rudd, who plays Ant-Man.

‚ÄúWell, you know, it was reshoots, so you‚Äôre doing these little picks and pops, and it‚Äôs just little things that they need,‚Äù Chris Evans explained. ‚ÄúIt might have been a line to Paul Rudd. He wasn‚Äôt there, but it was a stupid line. The line wasn‚Äôt memorable to me [laughs]. The day was more memorable than the line.‚Äù

Of course if that was actually Captain America's last line in Avengers 4, and it wasn't that meaningful, maybe it means that Cap isn't getting killed off in Avengers 4?

A big possibility, and it is something even Kevin Feige has talked about, is that the exiting roles in the MCU, thought to also include Robert Downey Jr. as Iron Man and Chris Hemsworth as Thor, could always be recast similar to how James Bond is recast with another actor, so the continuity of the character continues, but played by someone new.

The movie is a sequel to Infinity War where the Great Titan left the universe in shambles by killing off half the population including the Avengers. Now Marvel's super heroes must suit up perhaps one last time to make things right by taking down Thanos once and for all.